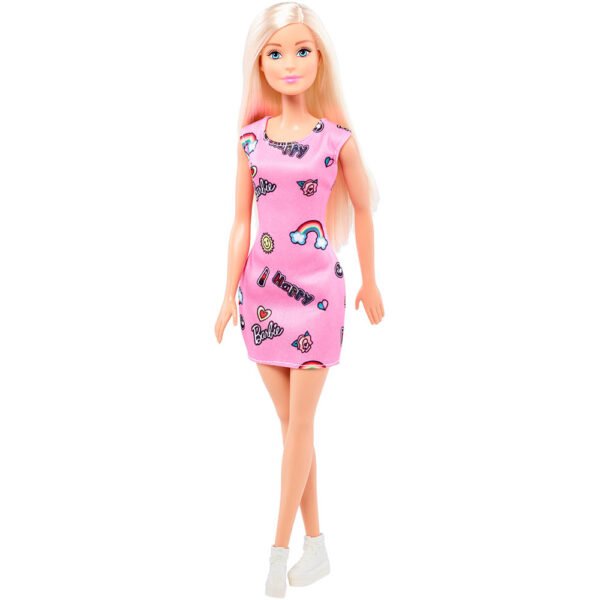 Barbie® doll is always fashionable. From trendy silhouettes with the latest prints and graphics to the most fabulous shoes, Barbie® doll’s signature style is a standout anytime and anywhere! These dolls wear trendy dresses with cool colors and graphic prints. Perfect for day or night, Barbie® doll is ready for any story you can imagine. Includes Barbie® doll wearing fashion and shoes. Each sold separately, subject to availability. Dolls cannot stand alone. Colors and decorations may vary.

Barbie was founded in 1959 by Ruth Handler (above, left), a mother and visionary entrepreneur, whose inspiration for Barbie came from watching her daughter project her dreams and aspirations onto paper dolls. Recognizing a gap in the market, which only offered baby dolls for girls to imagine themselves as caregivers, Ruth invented the fashion doll category with a three-dimensional doll that girls could use to imagine their future selves. Ruth’s philosophy behind Barbie was that through the doll a little girl could be anything she wanted to be and that she has choices. Over the brand’s 60 years, Barbie has empowered girls to imagine themselves in aspirational roles from a princess to president.